Hauntings can come in various forms, two of the most mentioned are residual and intelligent hauntings:

Intelligent hauntings, linked to Einstein’s theory. As matter beings, we are all energy beings on the quantum level. We are made up of atoms and neutrons. As matter/energy beings we have intelligence. While we live, we have an energy aura that surrounds our living bodies. This aura is created by the millions of electrical currents that are created through our bodies.

When our mortal form dies, the aura that constantly surrounds our bodies, leaves our bodies. We lose 6 ounces on the instance of death. What is this 6 ounces? Perhaps it is energy leaving our body. This energy, the aura, or you may even call it your soul, is carrying the information of what we used to be. If it can carry intelligence of our previous life, then it should be able to interact with us intelligently. If this ghost is able to interact with us, is aware of us, then this is an intelligent/interactive haunting. (Reference www.hantedoc.com)

Ghostly figures black then white floated about the room. Unknown to Kora her ordeal had reached past the hour mark and the line between reality, hallucinations, passing out and death were rapidly merging into one. Limp from exhaustion with the loss of blood her body rested unmoving. The silhouette of a mad man-like figure hovered above her. This had to be the turning point he’d been waiting for all this time. Lucifer watched silently for another ten minutes, inquisitively observing his preys’ every movement. Kora bravely fought off the pain, then regrettably gave in, as an instinctive survival mechanism she spoke to herself, continually reminding herself it was all a dream – this was not reality, how could this be real?
Ominous gargling sounds came from the back row, surprising Kora causing her to twist her body to see what had become the undead. 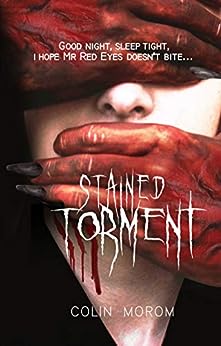